Stop the War Coalition protests No to Trump's attack on Syria,London,UK

Downing Street, London, UK. 7th April 2017. Speaker of Stop the War Coalition Maz Saleem protests against fascist paranoid and a Islamophobic Donald Trump attack on Syria No facts, no investigation. No congress approval or UN opposite Downing Street demonstrating against the bombing in Syria by the US. by See Li 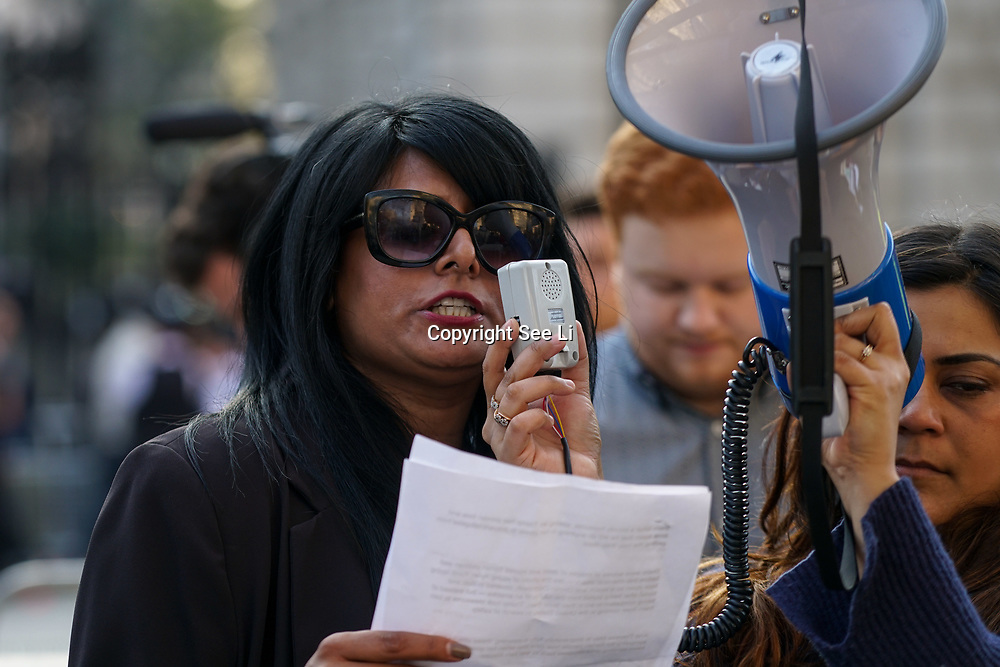