2021-09-08 Parliament Square, London, UK. British colony Indian Ocean territory intimidation take on the entire island expelled all 15,000 defenceless inhabitants of the island some live in the United Kingdom legally. Their families are separated protests to unite with their families in the United Kingdom here. The British are transporting their island as a military base. The British government should give them a place. Boris Johnson, also promises 3 million Hongkonger BNO will the British keep their promise? 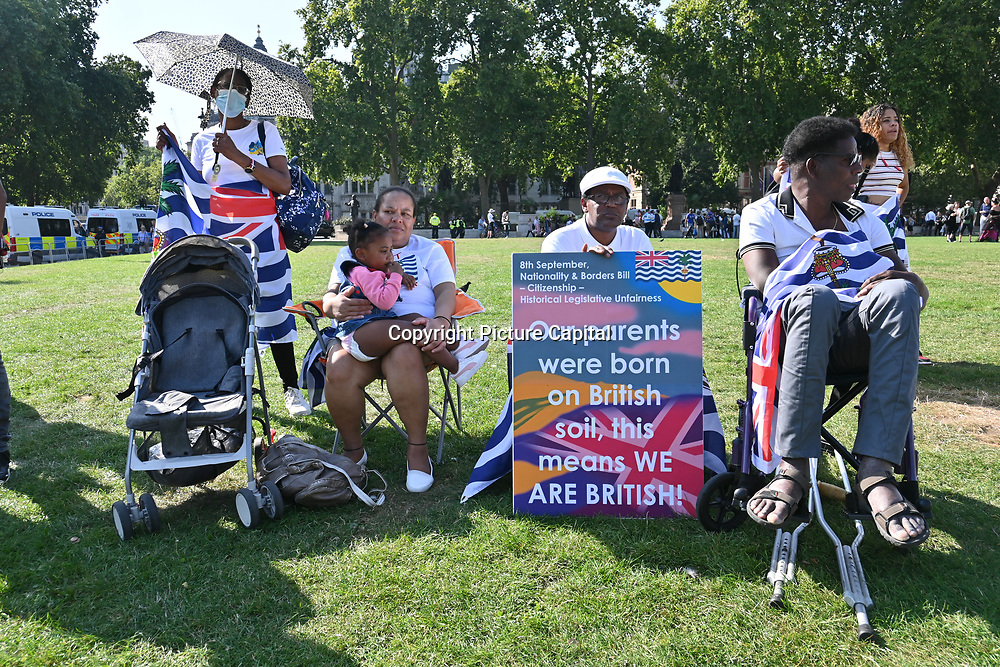