Home Office,London,England,UK.13th April 2017. The International Federation of Iraqi Refugees (IFIR) protest against the detention of 30 Iraqi refugees over the last week in apparent preparation for a mass deportation charter flight to Iraq demand for their release. Sending the3m back its only a death sentencing for them and is against human rights and International Law. Its not just the sentences of the father, its another sentencing to the children cand the wife in UK outside Home Office,London,UK. by See Li 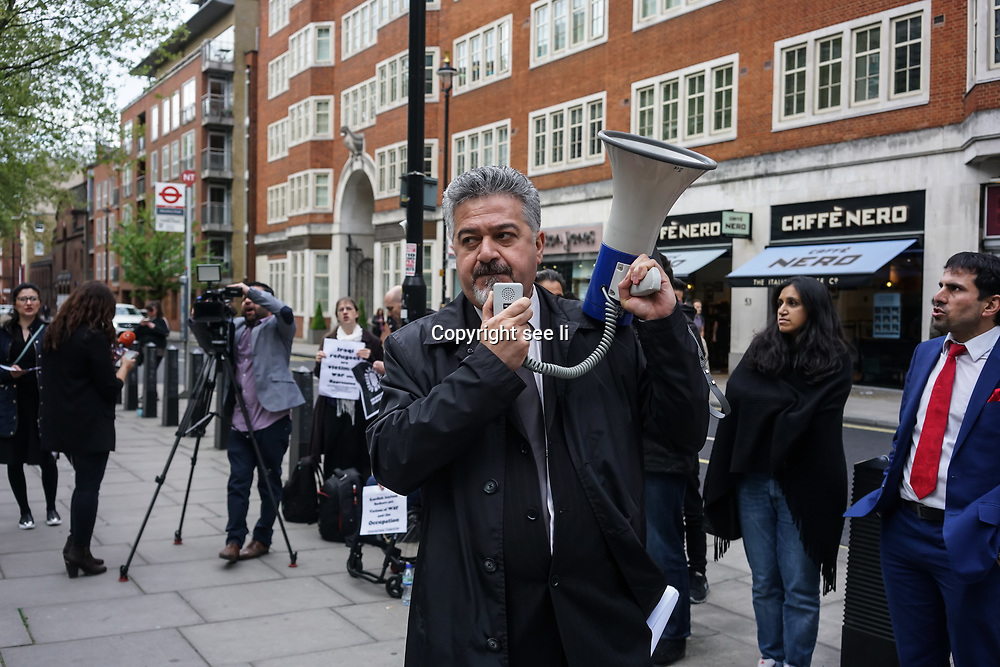