5th January 2022, London, UK. Deportation is not a new thing in the UK over decades the silent people from all groups are deported even women have a child born in the UK. That the UK government says, you can't afford to fund yourself to live in the UK. And the husband will take custody of the children and mother deported without the child shall never be return in the UK. Immigrant women are used to breed. Protest Against the Nationalist Apartheid Britain Bill. British citizen born overseas, or a dual national, the Nationality and Borders Bill will allow the Government to strip you of your citizenship without telling you. 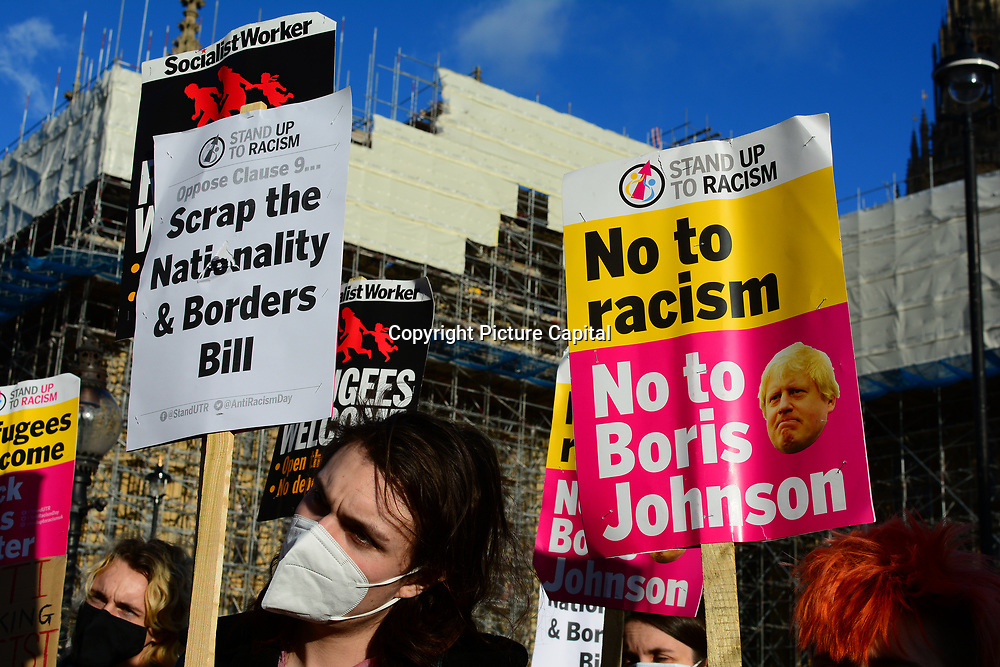